An exploration of cloud vs on-premises communication use cases

In businesses and organizations across the world, rooms once humming with wires, black boxes and blinking lights now sit empty. In a lonely phone closet, there’s only dust, a single lonely terminal, or perhaps a foosball table where IT pros can let off steam.

The cloud – and more specifically, cloud communications – is the source of the transformation, which has fundamentally changed the IT landscape. Some IT pros have embraced it. Some are working on migrating to the cloud over time. And others, through choice or necessity, are sticking with a premises-based approach.

Read on to find out why some IT pros are shopping for game tables to go in empty server rooms while others are untangling wires and watching blinking lights—and which cases make the most sense for each approach.

Obsolescence is Latin for budget-killer

How are we going to pay for this? It’s the question on every IT pro’s mind. And with shrinking budgets and rising demands on IT, it’s a question that gets harder to answer every year.

With a premises-based approach to business communications, an IT pro can often save on communication costs in years when they don’t have to replace hardware or conduct major software upgrades. They bought the system. Now it’s doing what it was designed to do.

Servers can simply stop working with no regard for whether an IT pro budgeted a replacement. And when a related system undergoes an update, they can be caught with surprise compatibility problems that force an unplanned upgrade.

Even a positive event such as a sudden spike in growth of the business can wreak havoc with IT budgets, which may have predicted lower system usage rates. And costs for expanding, replacing or upgrading a premises-based communication system are not always scalable—even the best of systems hit chasms on an otherwise smooth growth curve … they’ve got to be done in big blocks  or all at once.

Some IT pros prefer the relative smooth-curve and predictability of cloud communication costs. Most cloud communication providers charge on a simple per-user basis per month, quarter or year. The company using the system won’t get the budget breaks they do with a premises system, but they also won’t have large, unpredictable spikes in costs.

Is your enterprise on the grow? A cloud communication system can grow with it—and not in awkward blocks that leave periods of strain and periods of underused capacity.

That’s so 6 months ago

Thanks to Moore’s Law, technology is advancing at an exponential rate. And enterprise-level business communication systems are not immune from this.

With premises-based systems, IT pros know they must account for frequent planned replacement just to keep up with industry standards. And they know that sometimes, even if they can get away with older system hardware, the requirements and compatibility of new software may force their hand into upgrade or replacement earlier than expected. Unexpected projects like that are precisely the kinds of things that get in the way of the proactive projects most IT pros would like to pursue.

The IT pros that are gravitating toward cloud-based communication systems enjoy the fact that their hardware is never out of date and they never have to replace it. They’re no longer relegating technology to landfills every year.

Software updates are included and compatible, and new applications are frequently added to expand capabilities. They also appreciate that scaling their system with the business is a simple as adding a user license—no complicated guesses on future capacity needs or improvised interim fixes required. No latent capacity.

With more flexible work arrangements and more powerful electronics available to the general public, users are getting more and more insistent on using their own devices. Sometimes it seems like the greatest expectations fall on the largest businesses.

It’s tough enough to keep up with business cycles, but it doesn’t compare to keeping up with the speed of consumer product upgrades—according to the EPA, the average life of a mobile phone in the US is only 18 months.

Premises-based systems may find this speed of innovation difficult to match, especially when new standards for mobile devices and tablets force software or hardware upgrades (or the company has to decide not to support certain employee devices).

A smart cloud communications provider, on the other hand, can pool resources from all of its subscribers to work on common compatibility requests, like mobile and tablet support. They can easily update software and push the updates automatically to all of the companies it serves. It’s for this reason that IT pros at many BYOD-friendly workplaces are choosing to opt for cloud-based communication systems.

Making all these things work with all those things

Managing communications for a large business is challenging enough at one location, but most enterprises have many locations—which usually need to communicate with each other to get business done.

An IT pro managing all that in a premises-based model has to contend with the fact that different locations could be running disconnected systems of different ages with different capabilities. Systems may not even be from the same vendor. Capabilities may be lost to interoperability problems. Productivity may be lost to inefficient communications. Getting every location onto a single standard may be next to an impossible task.

Those are many of the reasons that some enterprise-level IT pros today prefer the unity they can achieve through cloud communications. They benefit from standardized capabilities and total interoperability across locations. When upgrades happen, they happen everywhere simultaneously. Maintenance is outsourced to the provider and far fewer resources are required to understand and use systems across the enterprise. And processes and procedures can be standardized for greater efficiency.

For IT pros who want communication systems working together across multiple locations, or even multiple campuses, cloud-based systems present a simpler option to implement and maintain.

Some IT pros even start with a cloud-based system at one location as part of a larger communication hybrid system, and then move other locations onto the cloud as their premises-based systems surpass their useful life. It’s a clever phased approach to migration that’s gaining more and more steam among enterprises that don’t want to rip-and-replace all at once.

Keeping the dial tone, and everything else, on

With a hardware-centric approach, IT pros rely on their own employees to maintain their system. That means they get to hire from a talent pool with varying degrees of skill level and technical knowledge about their specific communication platforms.

Those employees can get sick, forget things, leave for other opportunities or simply fall short of expectations. They may even be responsible for other IT tasks that take priority over communication system fixes and enhancements.

Unlikely outage? It’s the service provider’s problem. Big software update? Same thing. Interoperability problem? The service provider is on the hook. They’re the experts on the systems they provide because it’s all they do, and in the rare event of a problem, there’s just one throat to choke.

When the lights stop blinking

An IT system is only as strong as its weakest link. And business communication systems have a whole lot of links—to users, administrators and other systems.

Some IT pros feel safer managing hardware nearby. It’s easy to run down the hall to a server closet if something goes wrong, right? And by itself, the system may be pretty robust. But a premises-based system may also be dependent on forces outside a company’s control, like an electrical grid outage, an Internet outage or half-mile wide tornado barreling toward your facilities.

If an organization takes the same level of precautions to ensure the same service reliability as a tier 4 data center, their communication system should stand up to a myriad of potential threats. But most companies don’t have things like dual-powered cooling equipment, multiple independent distribution paths fault-tolerant site infrastructure.

For the companies that don’t, a cloud-based communication system delivers a level of reliability and redundancy that’s difficult and expensive to achieve at facility level with a premises-based system.

With a cloud-based system, that reliability is built in. No need to spend resources monitoring the system for service levels. No scrambling when a server goes down and business comes to a halt. The cloud marches on.

My server is floating down Main Street

Natural disasters are probably among the most catastrophic failures a communication system can encounter. They’re also probably one of the least predictable. It’s no wonder that countless books, manuals and courses on disaster recover are produced each year.

Disaster response is one area where a premises-based approach to communications is outright hard to defend. If a company’s facility gets hit, its hardware can be obliterated beyond repair. Its investment may be floating down the street in several pieces. System settings, set-up, provisioning—all gone. The company will have to start over from scratch, which will take plenty of time and lots of money.

With a cloud-based communication system, however, the company can set up shop in a new location – or work from home– and get back to business almost like nothing ever happened. The company’s entire setup is still sitting in the cloud, just waiting to re-connect, settings and all.

In addition to avoiding hardware replacement costs, many IT pros prefer cloud communication systems because they can reduce revenue lost to a natural disaster, since the time to return to normal operation with a cloud-based system is typically much shorter than a premises-based system. If a company’s revenue is strongly dependent on communications, limiting downtime is critical.

Either way, there are technological and fiscal hurdles to avoid so technology runs efficiently and affordably.

Want to join the discussion?
Feel free to contribute! 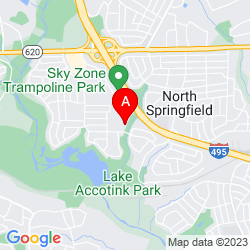